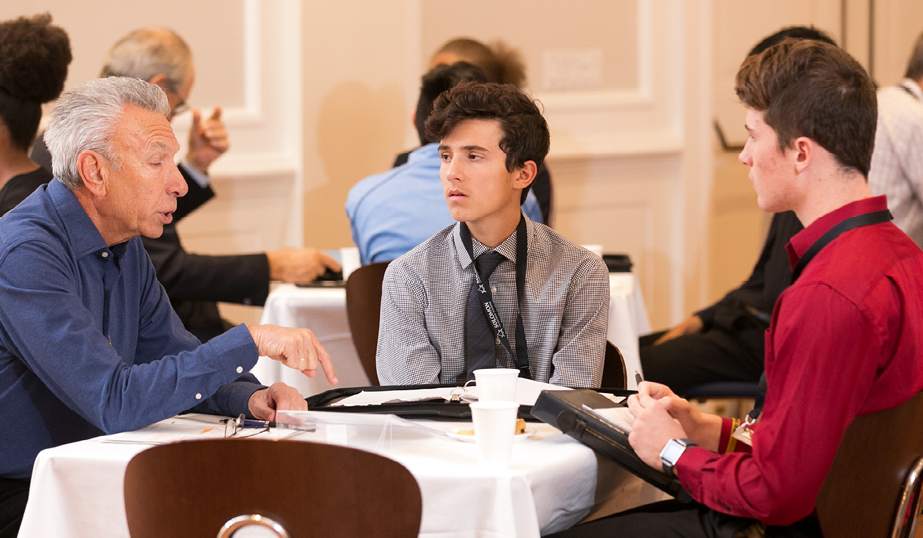 The Solomon Leadership Program selects a diverse body of teenagers who volunteer in their local community, school, church or synagogue, or otherwise demonstrate their future leadership potential.

Through Solomon’s multi-dimensional program, students, known as Fellows within the program, grow to understand their personal value and potential as leaders. Our curated curriculum, successful mentor role-models, and inspiring renowned guest speakers give participants a broad perspective on leadership and success. This enables Fellows to envision themselves as future leaders, giving them the motivation to pursue their goals on their leadership journey.

Our three-prong approach centers around the Eight Pillars of Leadership, the eight skills and values that are essential to being an effective, moral, and just leader. Each session focuses in depth on a single Pillar, giving Fellows a comprehensive understanding of both its essence and its application in real life. 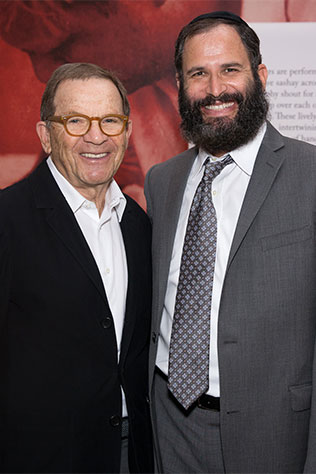 In 2015, Mr. Larry Sosnow, a successful businessman and philanthropist living in Palm Beach, who was already deeply involved in the community, as he had been when he lived in New York years ago,  joined the Palm Beach Synagogue.

Rabbi Moshe Scheiner suggested his becoming active with youth and teens, realizing that only by influencing the children of today can change be affected over the long term.

Recognizing the problems seen in all areas of leadership today, Mr. Sosnow and Rabbi Scheiner together created the concept of a leadership program geared towards tomorrow’s leaders— the teens who already exhibit leadership potential and are active in their communities.

Drawing on his college years, when a mentor took the young Larry under his wing and ultimately influenced his career path to success, Mr. Sosnow sought to combine the concepts of ethical leadership and mentor guidance, specifically geared towards teens. By joining forces with Rabbi Scheiner and the Palm Beach Synagogue, the Peres Leadership Program, now known as the Solomon Leadership Program, was born.

In addition to the Pilot Chapter in the Palm Beach Synagogue serving Palm Beach County, Florida, since 2016, new chapters have opened in Bal Harbour, Ft. Lauderdale, and Parkland, Florida. As the program looks towards the future, it anticipates opening chapters across the country in the next few years in congregations looking to serve teenage leaders in their communities.

The Solomon Leadership Program operates as a partnership of The Sosnow Foundation and Palm Beach Synagogue. Students, known as Fellows within the program, join at no cost. This allows teens from all demographics the opportunity to apply and participate without financial stress. co-chairman
Rabbi Moshe Scheiner
The founding Rabbi of Palm Beach Synagogue and the Maimonides Leadership Institute, Rabbi Scheiner holds a Masters degree of Talmudic studies and Jewish philosophy from the Rabbinical College of America. He received his rabbinic ordination at the United Lubavitcher Yeshiva. 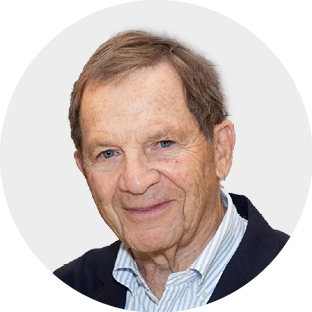 Co-Chairman
Lawrence Sosnow
A successful entrepreneur, he founded and or helped develop ventures in health care services and technology, from start-up to their IPO or sale. Also, involved in community work, he is a member of the Board of Directors of the Norton Art Museum, where, as co-chairman of its Physical Facilities Committee since 2016, he oversaw the expansion of the Norton’s new Norman Foster-designed award-winning museum. 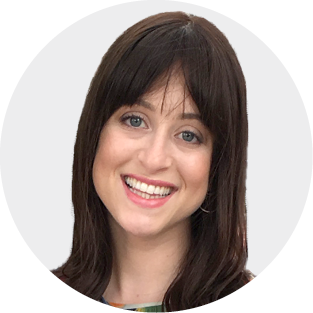 Executive Director
Sarah Dworcan
Born and raised in South Africa, Ms. Dworcan has been involved in education and leadership training for close to a decade. While pursuing her medical career, she co-founded Jnetic, an organization focused on education and awareness of genetic diseases. She is the Executive Director of Palm Beach Synagogue and Solomon Leadership Program. She lives in West Palm Beach with her husband Yossi and son Eli. 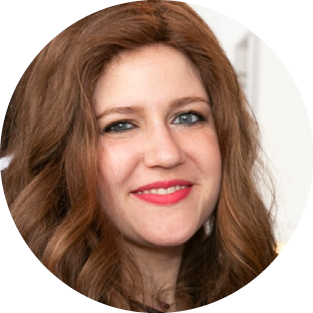 EDUCATIONAL DIRECTOR
Miriam Taylor
Originally from New York, Mrs. Taylor has worked as a counselor, leader, and teacher to middle and high school age students for almost 16 years. She has written numerous programming and academic curricula that are nationally recognized. She is the Therapy Coordinator for the largest Jewish Day School in the southeast and the Educational Director for Solomon Leadership Program. She lives in Plantation, Florida with her husband and six children. 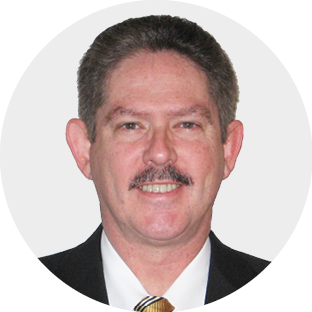 Dr. Art Johnson
Professor of Leadership & Organizational Development, The Catherine T. MacArthur School of Leadership, Palm Beach Atlantic University
Dr. Johnson has worked in many higher education settings in his career, holding various positions of responsibility. He has taught for eight universities and is the owner of a successful consulting business. His firm has provided consulting services to the healthcare, manufacturing, insurance, law enforcement, transportation, banking, non-profit and service industries. He is also known to make a great cheesecake.